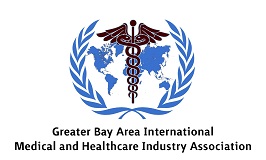 The Guangdong-Hong Kong-Macao Greater Bay Area (Greater Bay Area) comprises the two Special Administrative Regions of Hong Kong and Macao, and the nine municipalities of Guangzhou, Shenzhen, Zhuhai, Foshan, Huizhou, Dongguan, Zhongshan, Jiangmen and Zhaoqing in Guangdong Province. The total area is 56 000 km2 and the total population is over 70 million as at end 2018.

The development of the Greater Bay Area is accorded the status of key strategic planning in the country’s development blueprint, having great significance in the country’s implementation of innovation-driven development and commitment to reform and opening-up. The objectives are to further deepen cooperation amongst Guangdong, Hong Kong and Macao, fully leverage the composite advantages of the three places, facilitate in-depth integration within the region, and promote coordinated regional economic development, with a view to developing an international first-class bay area ideal for living, working and travelling.

The promulgation of the Outline Development Plan for the Guangdong-Hong Kong-Macao Greater Bay Area on 18 February 2019 signified a new milestone in the development of the Greater Bay Area. With the full support of the Central Government, the Hong Kong SAR will proactively integrate into the overall national development, thereby expanding our scope of development and generating new impetus for growth to bring new development opportunities to different sectors of the community, especially our young people.